resuscitation. In fact, in many cases – particularly those in which the person

resuscitating is untrained – compression-only CPR (that is, resuscitation without

rescue breathing) is actually recommended. This demonstrates just how important and

effective chest compressions are in helping someone survive cardiac arrest. That

being said, there’s a right way and a wrong way to perform chest compressions.

If you are currently or considering a career in the medical field, a deep,

fundamental understanding of how to properly administer chest compressions is

essential. Even for laypeople, knowing the basics of how hard to push down and at

a medical emergency. That said, let’s dive into these two areas of consideration and

go over some need-to-know information.

How Deep Should You Do Compressions with CPR? 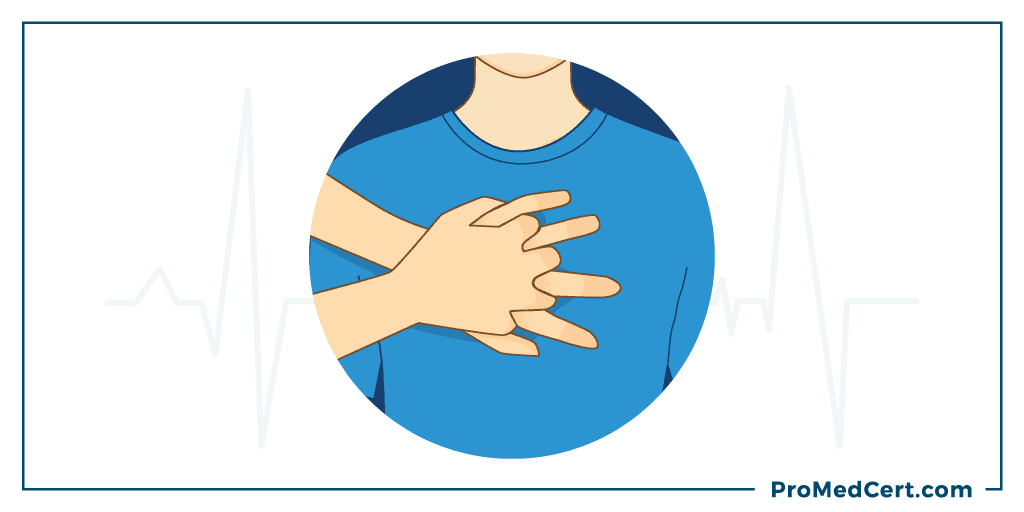 When someone stops breathing, it’s imperative that CPR is performed as quickly and

effectively as possible. In order for chest compressions to be impactful, you must

ensure that you are applying enough pressure. Keep in mind that the recommended

infants. These key differences are as follows:

compressions performed on adults as at least 2 inches but no more than 2.4 inches.

This is the recommended depth, regardless of whether the patient is male or female.

Prior to 2015, the recommended depth was greater, however, research by the AHA

revealed that compressions delivered beyond the maximum depth of 2.4 inches resulted

in an increased risk of injury related to the resuscitation efforts, such as

Because children and infants have smaller bodies, the depth at which chest

compressions should be performed on them is lower, as is the manner with which the

compressions are carried out. The AHA recommends that rescuers depress the chest of

an infant by approximately 1.5 inches using only two fingers.

For a child up to the onset of puberty, that depth increases to 2 inches and the

compressions should be performed using one hand. Once a child has reached

adolescence, depending on his or her size, the recommended adult compression depth

can then be applied using both hands.

At what rate do you perform CPR compressions? 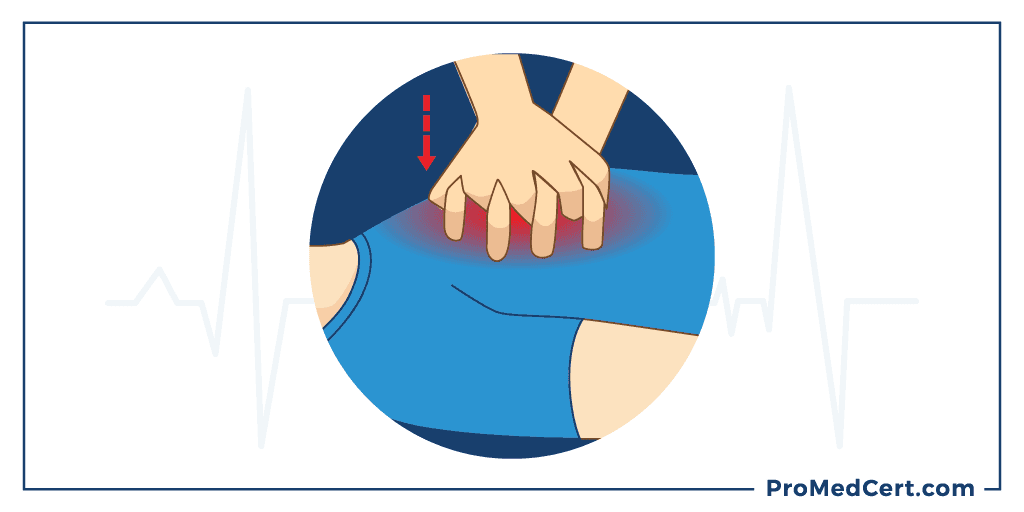 compressions are delivered. Prior to the AHA’s most recent update in 2015, the

recommendation was to push at a rate of “at least 100 compressions per minute.” What

they discovered with this, however, was that rescuers were pushing so fast that they

This equates to about one to two compressions every second. Keep in mind also that

unlike depth, the recommended rate of compressions during CPR is the same for

adults, children and infants. Using Metronomes to Keep the Pace A metronome is a

a regular interval that is set by the user. Musicians often use metronomes to help

them play rhythms more accurately. In a medical setting, a metronome can be

compression depth because the rescuer no longer has to manually focus on speed.

resulted in much better maintenance of an accurate compression rate than

compressions performed without the use of a metronome. In fact, most automated

speed to aid in chest compressions.

Music Can Help with Compression Rate

What happens if you’re not in a hospital setting, you don’t have ready access to a

metronome or you’re simply a bystander trying to help someone out? Another great

is to sing a song that has a beat within the same range.

CPR classes to help students achieve the proper speed. Stayin’ Alive has a tempo of

103 beats per minute (BPM), which is just over the recommended range. If you’re not

into disco, there are plenty of other songs that clock in with BPMs that match the

calculator and then commit them to memory. That way, in the event that you are in a

position to assist someone who needs CPR, you can be confident that you are

New Nurses: How to Develop Strong and Marketable Leadership Skills For nurses who are just starting their career, the thought of rising into a position of leadership can seem like a far-off goal.

First responders, ER physicians and critical care personnel are charged with rendering urgent aid to patients in need, oftentimes at the risk of putting their own wellbeing in danger. Furthermore, emergency medicine practitioners

ProMed Certifications | Medical Training Blog
—
Chest Compressions 101: How Deep and at What Rate?
Share this